In our article on pavement parking from January 2021, we drew attention to a lawsuit pending at the Bremen Administrative Court against illegal pavement parking. Now there is a judgement: it was published on 22.2.22 and, among other things, upholds the plaintiffs’ claim that parking on the pavement – unless authorized by signage – is illegal, and that those parking illegally cannot invoke a customary right. Are the authorities now finally taking action? 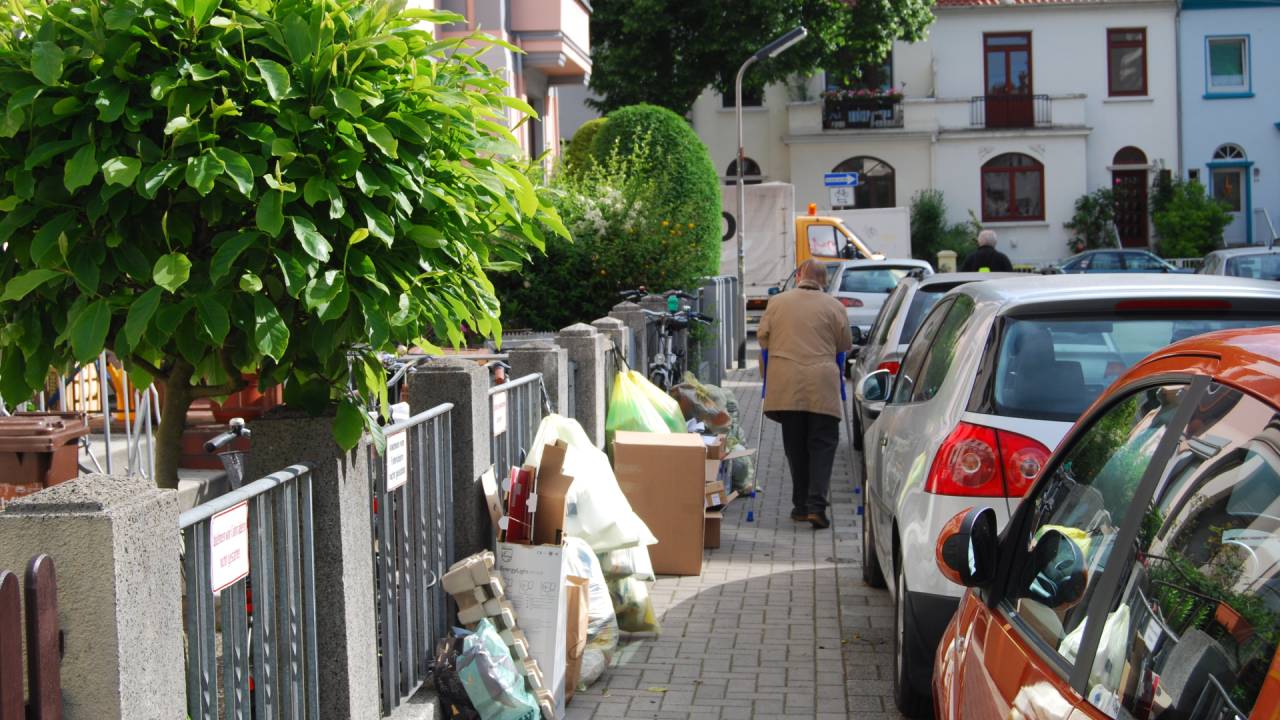 The judgement gives both the transport authorities and the traffic monitoring authorities assigned to the Senator of the Interior all the legal backing they need to take clear steps to enforce the legal rights of pedestrians and to increasingly and effectively put a stop to the misbehaviour of many motorists, which often exposes others to dangerous situations. But now there is a surprise, because these senators do not seem to be satisfied with the verdict.

Senators for Transport and Interior appeal

Now Transport Senator Dr Maike Schaefer, who was the defendant in the case, has appealed against the ruling. And in a surprise move, Senator for the Interior Ulrich Mäurer has joined his colleague, despite not being a defendant in the original case. In their joint press release they state that “…we agree on the basic direction that we need more accessibility and to improve the quality of a stay in these densely built-up neighbourhoods. People are at the centre of our actions and not cars”.

However, the sincerity of this statement has been caste in doubt by the Interior Senator, who then goes on to say: “… I therefore consider the decision of the Administrative Court to be completely out of touch with life”. How these words fit with a legal understanding of the judgement is unclear.

Appeal by the plaintiffs

In response, the plaintiffs have appealed and have also made their views known in a press release. In view of the renewed play for time on the part of the Bremen senatorial authorities and in view of the daily dangers to which children, pedestrians and cyclists in particular are exposed through illegal pavement parking, the plaintiffs are aiming to ensure that the court obliges the city to take appropriate action. They want measures that also have a de facto effect – namely free footpaths and cycle paths. When will the Higher Administrative Court put the case on their agenda? Experience shows that this may easily take many many months.