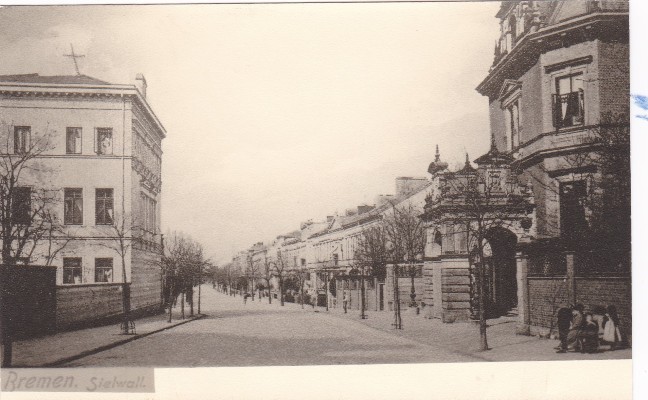 Sielwall – young men with overly-souped up cars race through it, and local politicians are finally seeing this as the danger that it is. Now the Sielwall and all four roads which lead to the so-called Sielwalleck are to be closed to car traffic up to 80 metres in each direction on weekend nights, thus eliminating through traffic. This is good. But instead of just closing short stretches of road temporarily, the Sielwalleck and the Sielwall need to be reconsidered and redesigned, for every day traffic, not just on the weekend.

Members of the Bremen’s Alliance for a Transport Transition Bremen have developed ideas for this:

– Establish Sielwall as a cycle street with a centre barrier (between “Im Krummen Arm” and “Körnerwall”) that is passable for bicycle traffic, i.e. a modal, flexible filter by installing a retractable bollard for rescue services, rubbish lorries and necessary suppliers! 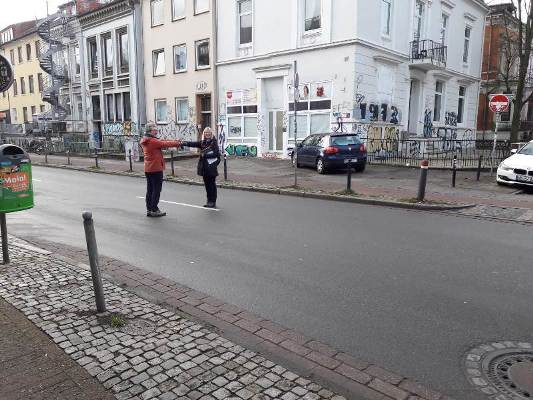 – Red colouring of the roadway (and a sign indicating “Fahrradstraße”)

– No overtaking for motor vehicles

– Replace trees that were previously removed

These measures would require little if any police control. Relatively few new trees need planting. And altogether they will provide much more safety for cyclists and pedestrians, reduce emissions, cool the street by providing a boulevard character and, overall, enhance quality of life . 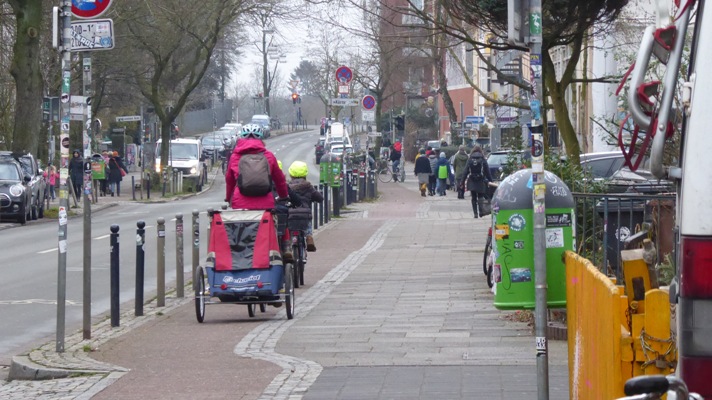 Sielwall is a residential street, but is classified by the administration (Amt für Straßen und Verkehr) as a main road. Far more than 5,300 motor vehicles, including 265 trucks (see VEP documents from 2014, in particular “VEP 2025, Interim Report on Opportunities and Deficiencies Analysis, Appendix Map Volume Part 1”, figures from 2010) drive through Sielwall at excessive speeds every day. An on-demand pedestrian crossing traffic light beside Auwigstraße is regularly ignored by drivers when red. 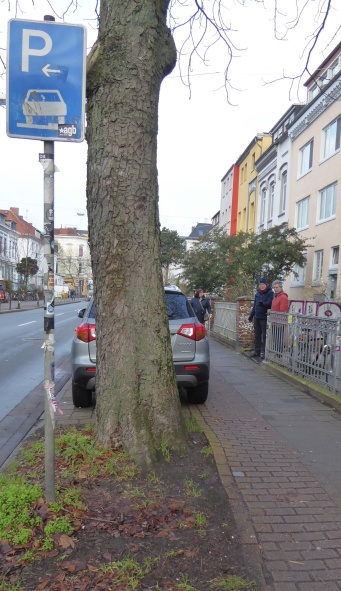 Parking on the cycle path – illegally, look at the sign, Foto: Beatrix Wupperman 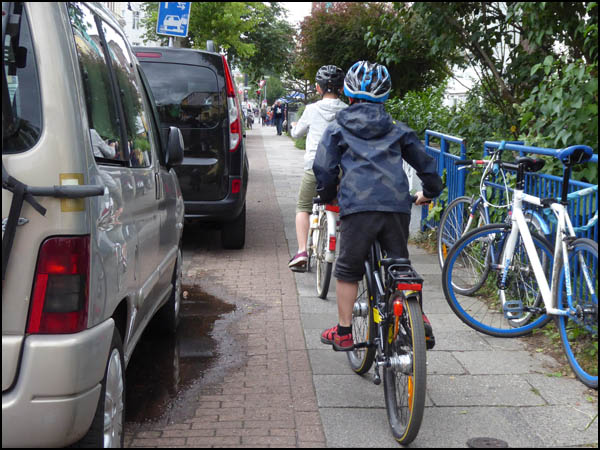 Kids have to dodge the cars, conflicts with pedestrians coming up, Foto: Beatrix Wupperman

In addition, the cycle path between “Im Krummen Arm” and Sielwalleck (on the east side of Sielwall) is illegally parked on by car drivers, which means that the limited space left over for active transport modes i.e. for walking and cycling is becoming smaller and smaller, which inevitably leads to conflicts.

The interactive accident atlas of the Federal Statistical Office shows three  black spots indicating accidents with motor vehicle involvement and personal injury on this short stretch of road. This is probably one of the reasons why Sielwall was declared a 30 km/h street, but this has not changed the conditions described above. The measure was implemented half-heartedly and is not enforced.

However, the Amt für Straßen und Verkehr (ASV, Administration for Roads and Traffic) insists on the classification of Sielwall as a main road and this decision prevents any fundamental change to the unsatisfactory situation. The Transport Development Plan 2025 (VEP) assigns the Sielwall the worst rating in the definition of functional and urban-spatial compatibility, stating that the road space is “not compatible” (VEP p. 51). By pointing out the incompatibility of this road, the VEP clearly says that the design of the Sielwall is far too much oriented towards the needs of car traffic in general, and highlights the need for urgent change. 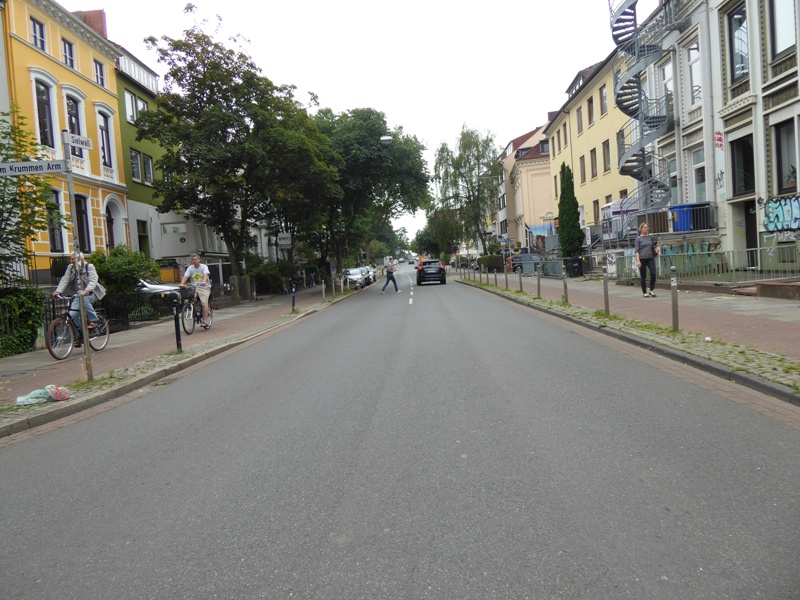 There is no legal parking on the road on Sielwall, Foto: Beatrix Wupperman

Nevertheless, the proposal in the VEP (p.165, Measure F.4) for redesigning the Sielwall does not offer a satisfactory solution. Here, it is proposed that bicycles should be guided onto the roadway in order to expand the space for pedestrians. The prerequisite of this measure would be to prevent parking on the carriageway along the entire length of the Sielwall. However, the VEP does not offer any change in the road design for the safety of cyclists, and neglects to mention that even today there is no legal parking on the carriageway of the Sielwall (and all the illegal parking is never mentioned). And with 5,300 motor vehicles, of which 265 were trucks per day (in 2010), cycling on the carriageway in mixed traffic is not only subjectively but also objectively too dangerous.

Why change is so difficult

This raises the question why the Sielwall should or must be a main road at all. Is it a “road relevant to the entire city” (VEP p. 50)? Do we need this road to be a thoroughfare for motorised vehicles so they can drive into the city centre, to the station and other areas like Schwachhausen? Or is this classification a relic from the 1970s, when “many main roads (…) were shaped by the needs of car traffic”? (VEP P. 50)  The background for this attitude of the ASV may be due to the fact that there is no circulation plan in Bremen, a plan that could reduce the circulation of cars and lorries rather than encouraging them to circulate through residential areas or anywhere and everywhere. 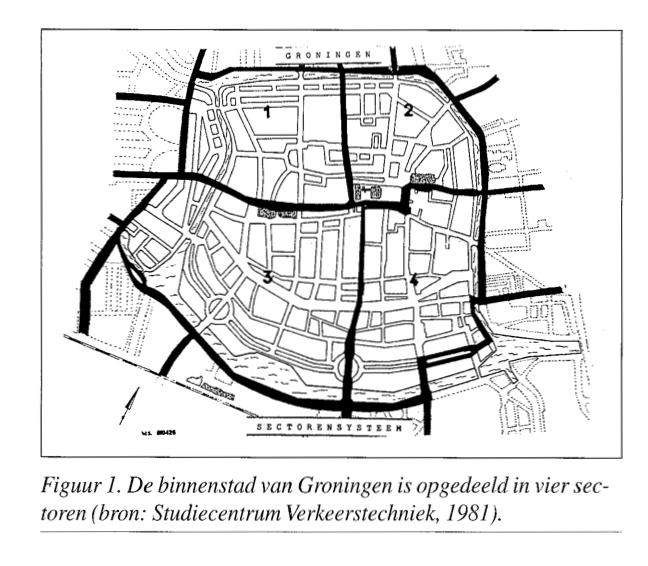 A circulation plan can either be a technocratic instrument for the regulation of urban mobility or a political project and instrument to reduce car traffic, CO2 emissions, noise, accidents and dirt. The city of Ghent has developed such a plan  to keep through traffic out of the inner city. Cycling went up to 38% in 8 years, no motorised through traffic, more sustainable transport, quality of life….. 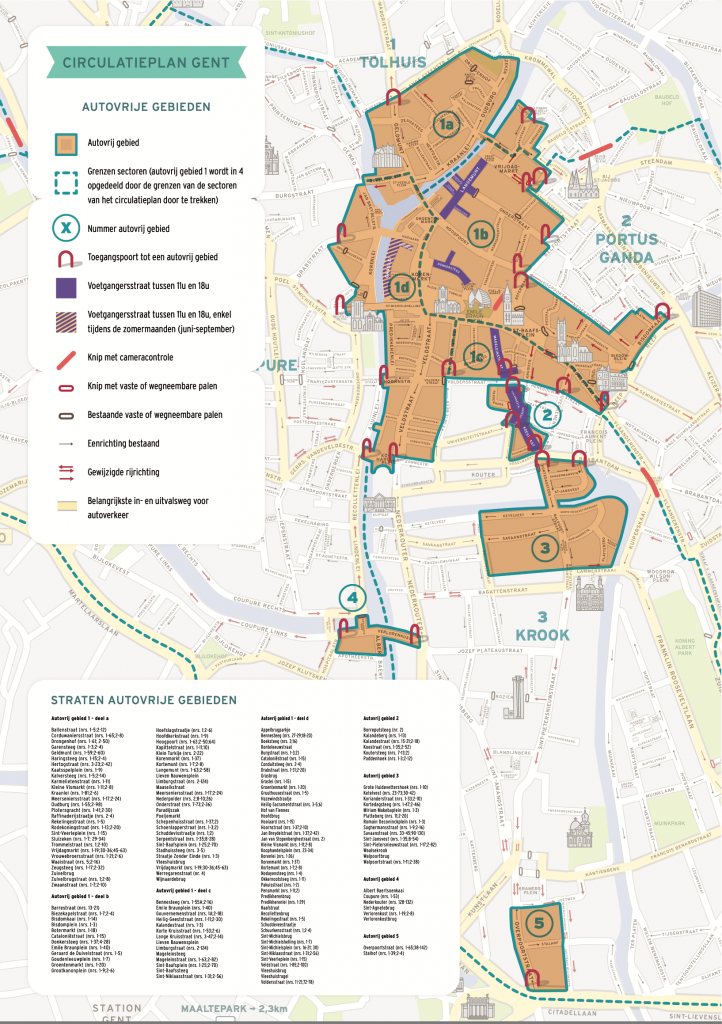 Ghent has, of course, combined this with a plan for parking. https://www.zeit.de/mobilitaet/2018-05/gent-nahverkehr-mobilitaet-nachhaltigkeit Also here in Flemish:.

We must move away from car-centric ideas

Of course we cannot wait for a circulation plan to solve the problems on Sielwall. Action is needed now. But we must also say goodbye to old concepts that repeatedly give priority to car traffic. The argument that the Sielwall is an access road for Ostertorsteinweg and Steintor is one such outdated concept. It is only open for car traffic, and the fact that pedestrians and cyclists use this road to get to the Osterdeich, the Sielwall ferry and the Weser stadium more than any others is ignored. On weekends and when Werder is playing, this is particularly obvious. However, the so-called Werder concept, created for days when Werder Bremen is playing at the nearby stadium is only orientated towards car traffic – another outdated idea that hinders any transport transition.

It also makes no sense for representatives of walking and cycling interests to argue about the use of the area adjacent to the roadway, or for one to want to get rid of the other there. Pedestrians and cyclists need more space, but one should not get more at the expense of the other. If the Transport Transition Alliance is to carry any weight, it must be built on solidarity, not on fighting each other. Otherwise Bremen will never achieve the kind of transport transition it desperately needs. If one modes of transportation are to be reduced, it must be cars and lorries, with the removal of motorised through traffic from Sielwall permanently, not only at weekends. Then cyclists can ride safely on the road, and pedestrians will have both more room and also the safety they need.