Sielwall in Bremen: The Law is a Joke??

On Friday 19th June 2020 a new phenomenon hit the streets of Bremen, or rather the street of Sielwall. That evening,  the entrance to Sielwall coming from the Osterdeich was augmented with no-entry street signs, with a time limit of “Fri – Sun 20h to 6h“. In other words, on Friday, Saturday and Sunday evenings and nights Sielwall is a one-way street in the direction of the Osterdeich. 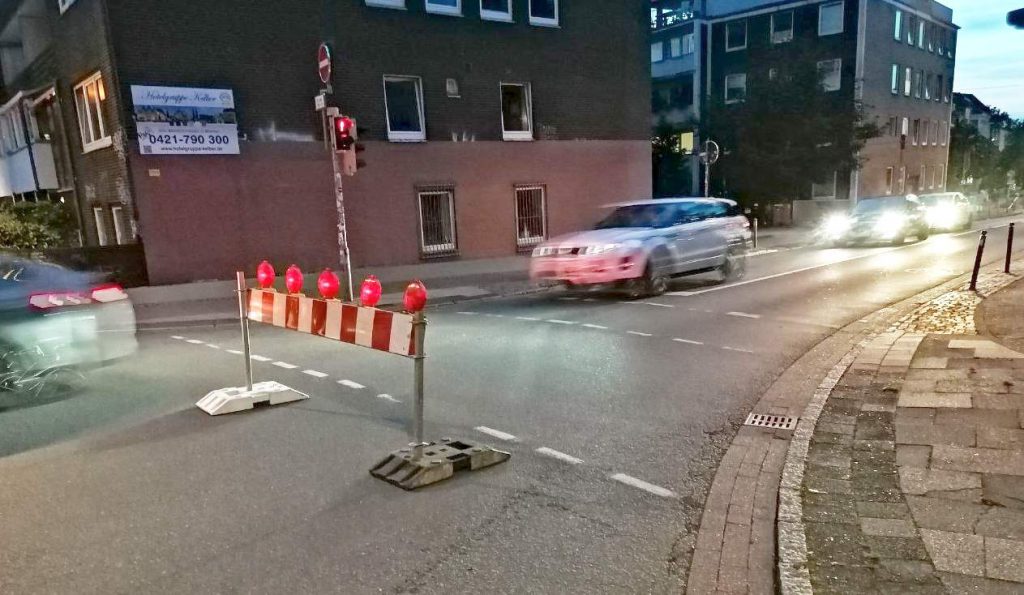 Blocking the Siewall: Creating a one way road. Foto: ADFC

On the first weekend the authority (Which one? Office for Roads and Traffic?? Police) erected a barrier at the Osterdeich to stop car drivers at the entrance to the Sielwall. But on the second weekend there was no barrier at all – just the signs..

As residents of Sielwall we watched the events with interest. And we noticed: The signs alone did not change behaviour. Without a barrier at the top of the Osterdeich, pretty well all cars drove through – even a police team car was spotted driving into the no-entry street. They must have seen the signs, because interestingly enough I observed 2 cars during the day, whose drivers recognized the signs coming from the city centre and actually changed their direction of travel.

But we also observed “the rest” : bicycles and pedestrians: They were represented en masse.

Friday evening: Cyclists all over the place, on the road even with babies at the back: Sielwall/Osterdeich. Foto: Beatrix Wupperman

Some of the cyclists dared to enter the (unblocked) lane in the beginning, but that stopped abruptly when everyone noticed that car drivers did not follow the rules and turned into the Sielwall by accelerating. After that only the usual ones (young, male, a few young women) remained on the road. 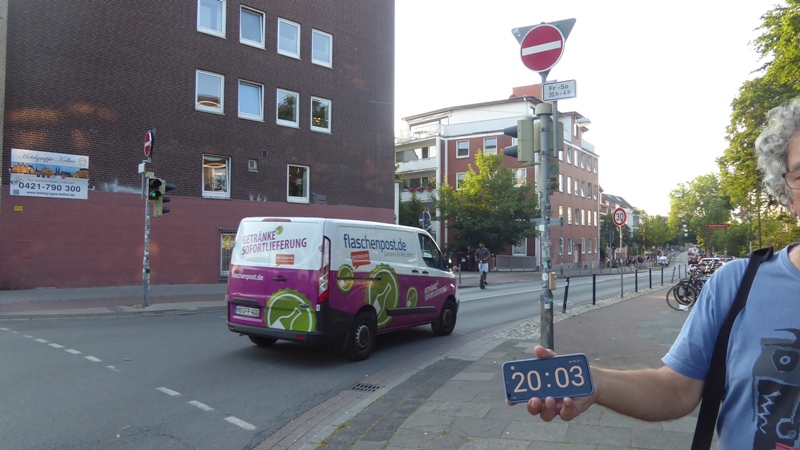 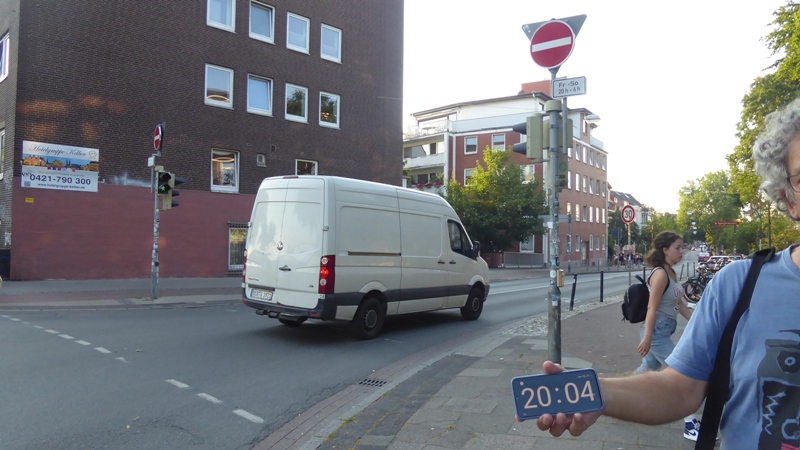 20:04h: White van does not give a toss, Foto: Beatrix Wupperman 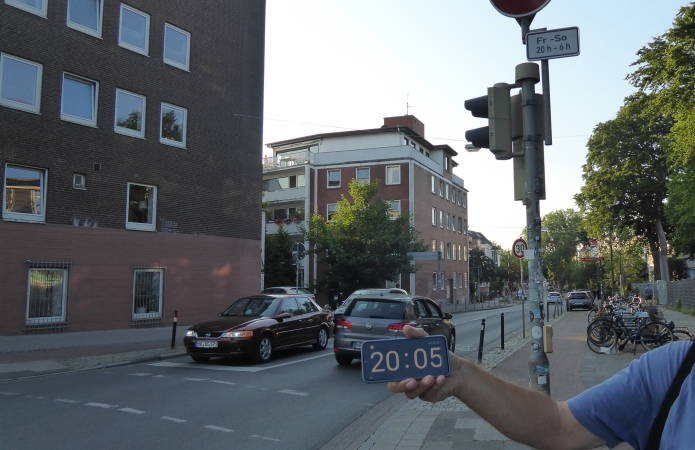 You have to ask. Who ordered this? The police? They can’t even obey the rule themselves!  What is the whole project supposed to achieve? We have our suspicions. Sielwall is the source of a lot of discussion at the moment, regarding how to reduce through traffic. One proposal put forward by local councils in the past was to make Sielwall one-way, albeit partly. This was rejected by the traffic authority, citing Sielwall as an important street for through traffic. Could this be a rather silly way of implementing a “trial” that is bound to fail?

So yet again the same lesson learned – putting up signs alone is useless. Cars can only be prevented from behaving unlawfully by physical means.

Or to say it in a more moderate way: Controls and sanctions can only be effective if there is a real chance of being caught. Ultimately, this is what it is all about: 1) It must be clear that a measure is meant seriously and 2) There must be no justice problem:  the law-abiding people should not feel as if they are the idiots.

This also applies to the 30 km/h speed limit at the Sielwall: cars continue to race.

So please stop making symbol politics: block lanes properly, not only at the Sielwall, if you want to make a difference. It’s the only way to create more space for foot and bike in these Corona times.